When I first arrived in Japan it was for one year. I never believed for a moment that I could reach any level of fluency in the language. After five years of French not making a dent in my synapses and three years of Spanish hardly faring better it seemed a fair assumption to make.

Four and a half years on manga still holds little allure for me. I still watch too few Japanese movies. Japanese TV drove me away early on by seemingly being about a collection of thirty or so foreigners lined up like hina no matsuri dolls for the sole purpose of surprising the easily surprised. I still can’t sit seiza style without feeling like I’m about to snap an ankle or lose total feeling below the waist.

Some things have changed though.

My usual rice portion size has tripled. I consume raw fish with a glee that would have made my picky childhood self believe I’d suffered some kind of sharp impact to the head. Earthquakes below a six don’t wake me up anymore. I don’t think Japanese is impossible.

That last one surprised me. More than the sashimi and the seismic shifts the idea that another language could worm its way into my brain seemed utterly unfathomable. How could it hope to make an impact beyond confusion? This collection of sharp angles and squirls that originated from another culture to the already foreign one I found myself in could never make its mark in the same way, surely?

Well, it did. And more than anything else out here, the language itself, the ability to speak to people in day-to-day life far from my English classroom, made me feel at home.

It has also confused, frustrated and annoyed the hell out of me.

I still don’t speak Japanese. I am however, fluent in another variant of the Japanese language. A dialect that emerged in Nagano and then found itself in Shizuoka. It has only one native speaker.

The history of this dialect is rather short.

It is however very reasonably priced and can be found at all good online retailers.

It can be found at Amazon UK, Amazon US, and Amazon Japan. It can also be found, for those with an iPhone, iPad etc. on the iBooks store.

It’s also available via anyone stocked by the publisher BookBaby.

Note: While around sixty percent of the book is new material, a large chunk has come from the blog because it acts as scaffolding to the rest of what I’ve written. The e-book is however still worth every penny you’ll pay… which really isn’t very many at all.

Thanks again to everyone involved. 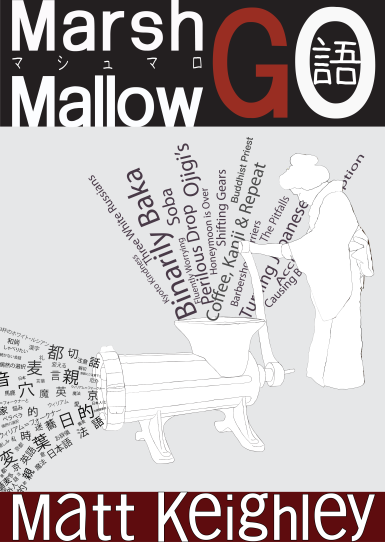 Thanks to the lads over at Asobi K Design for the work on the cover.