Manga, Manga everywhere but not a jot of Cricket 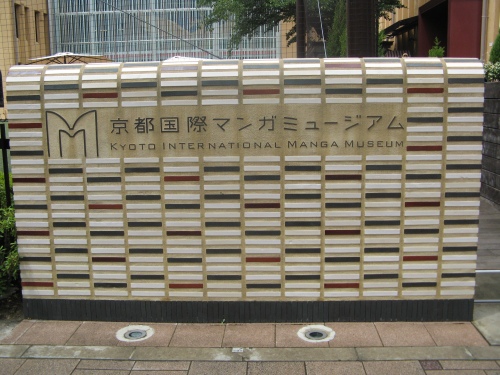 My first experience of manga in Japan was not the best of introductions. I used to teach three boys, aged about eleven or twelve, at that annoying age where suddenly everything they liked two weeks ago is no longer cool. But one thing spans the gap from childhood to teen hood to adulthood like no other in Japan and every week, before their lesson started they would go looking for it.

Looking for it, just so you know, is my polite way of describing a deafening cacophony of tweenage screams and yelps that oscillated wildly between glass shattering and the noise an old man makes when getting out of an overly plumped sofa. Punches would be thrown, they’d scratch like a cat fighting for a fishbone and all this would be before they’d even collapsed through my office door. Every bit of chaotic energy they possessed was directed in a desperate attempt to be the first to one particular drawer at the base of the office bookshelf. For you see, that’s where they kept their treasure, their manga.

And when all the fighting was done, all the scraping, scratching, yelping, poking, picking and pinching, they’d lay on the office floor, all in a row with feet bobbing in the air reading the damn thing together. Turning pages at a frantic pace and utterly silent, a peculiar calm would descend over them, almost as if someone had just slipped them a sly sedative (note: I’d be lying if I said I’ve never been tempted to do this, but frankly I find making language games very active e.g. endless racing for flashcards, has a similar effect without the high costs and danger of prison time associated with drugging your students).

Soon after though I saw the side of manga and Japanese Anime that often draws raised eyebrows in the rest of the world. Having taken the magazine off the boys as they tried to read it during the lesson I had quick flick through the enormous tome and stumbled across a picture of a young school girl, with Barbie like impossible curves, half bursting out of her uniform and staring down in shock at her now quite see through underwear having somehow spilled a large bowl of spaghetti on herself.

So the last time I was down in Kyoto I took a trip to the Kyoto Manga Museum.

It wasn’t quite what I expected. Granted it was as quiet as most museums as the people within focused with great care on their respective subjects. Yet, this was no ordinary museum. Rather it blended the best elements of a library, a museum and a truly public space. One that was as much for tourists as it was for locals, children and adults or pretty much anyone with a passion for Japan’s favourite art form.

And it is considered a serious art form now because as of 2002 it has been included in the MEXT Junior High School Curriculum. Though I can’t imagine Spider-Man making an appearance in the high school curriculum in the US generally, or Dennis the Menace in England really. ‘

The Kyoto Manga Museum was formerly Tatsuike Primary School and much of the feel of a school still pervades the place. Granted the Astroturf out front problem helps to a large extent, but the museum’s long creaking corridors, lined completely with an astonishing amount of manga gives the place a peculiarly appropriate feel, as if a konbini magazine rack (Japanese convenience store) fell into an old school house. It’s an odd mix, yet seems somehow to me to be matched perfectly. It captures both the childlike quality of comics themselves, in that they offer an escape into an imaginary world populated by creatures from our school day imaginations and just occasionally our more… shall we say wayward, teenage imaginations. It also places the comics in the locale where the frenzy my very own students illustrated was in all likelihood fostered. 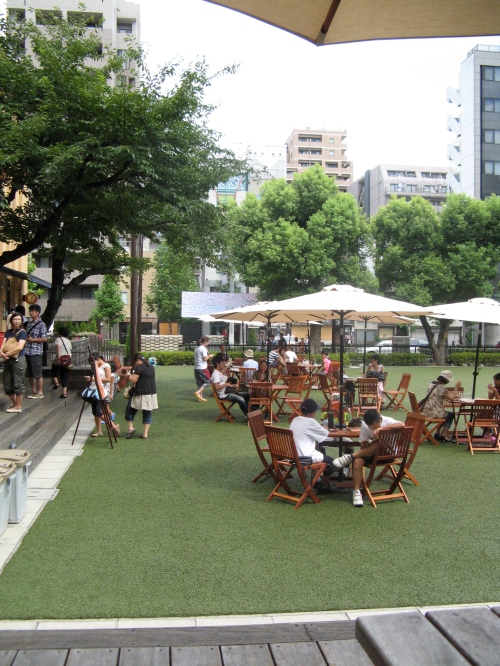 Now while the museum was a truly impressive place, having a long list of special lectures on its calendar, some beautiful displays and a good introduction to manga for novices like me, what amazed me most was how well it functioned as a library.

I should probably note at this time that I once worked in a library, so I’ve seen it at its best when it acted as community hub offering homework help clubs to kids and great resources for the local community to add to their CV while continuing to fulfill its basic remit with ease. However, I have never, ever seen a library like the Kyoto Manga Museum. Every bench was full and not just with kids, but an almost perfect cross section of Japanese society. The reason for this is that the Museum offers a year long membership, so you can wander in almost any day of the week, find (if you feel so inclined) the best manga from 1972 and drop yourself onto a bench for as long as you wish. As public private partnerships go, the museum is an outstanding example of how it should be done. In as much the way as British rail service and any construction undertaken by Jarvis in the UK is a prime example of how not to do it.

Now when I say perfect cross section, I really do mean it. Manga covers pretty much every part of society. In their pursuit of profit manga magazines have tried to cater for all ages and both sexes. Although, in the end they discovered that manga aimed at kids was being read by adults, ones aimed at women are read by men, while pretty much every combination imaginable is read by someone completely unexpected as well as their aimed for demographic.

One variety of manga, I have however found deeply disappointing.

Sporting manga is huge and supposedly encapsulates the Japanese spirit in a way that samurai and warrior tales used to before the end of World War II. Every moment of any sport depicted is a heroic struggle; emotion pitched at either end of the spectrum, highlighting just how much sport is more than any mere game. Thanks to its popularity almost every sport has received such a treatment; baseball, volleyball, football (soccer for those who don’t know better), rugby and any other sport you can think of.

8 responses to “Manga, Manga everywhere but not a jot of Cricket”